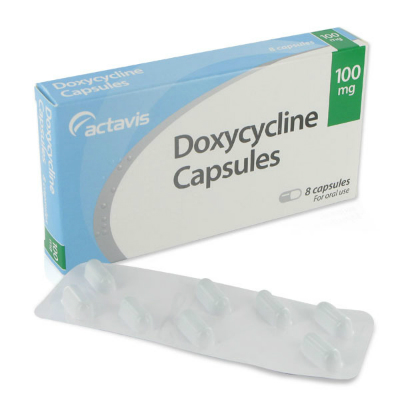 THIS PRODUCT IS A RESTRICTED ITEM. CONTACT US FOR MORE INFORMATION

Doxycycline Capsules are used in the treatment of a variety of infections caused by susceptible strains of Gram-positive and Gram-negative bacteria and certain other micro-organisms.

Since doxycycline is a member of the tetracycline series of antibiotics, it may be expected to be useful in the treatment of infections which respond to other tetracyclines, such as:

Get rapid results in 15 minutes with 5 simple steps. CE marked, these tests must be administered by a healthcare professional. Don't waste any time securing this rapid test product - they are going fast so hurry whilst stocks last!